Top-level Kenyan athletes are amazed by the FBR Noa

On Saturday November 17 in the morning we had a much anticipated meeting at the Calatayud athletics track with several international Kenyan athletes, led by their manager Pilar Díez. all the FBR team had been very much looking forward to the meeting, especially as we would witness, runners of an extraordinarily high standard, sub 29:00 in 10 km, who were going to examine, try out and run using a concept completely unknown to them: FBR.

What would these genuine gazelles of the running world feel when they put on the FBR? Would they notice the difference with respect to the shoes that they usually wear? They were some of the questions that we asked ourselves over and over again in the days and moments prior to the meeting. Finally the day arrived. Their first reaction to looking at and having the shoes in their hands was, how could it not be, genuine surprise and amazement. Naibei Titus, Brian Kipyego, David Kiplimo, Philemon Kemboi, Rebecah Jeruto and Sarah Chepwemoi stared at the heel section (or the lack of it). Then, they listened to the explanations given by Javier Gámez, the director of R + D + i of FBR, regarding the main characteristics and advantages of FBR Noa. Then we moved into action.

First they ran with their usual running shoes. And after ten minutes of normal jogging, they started running with the FBR Noa. The moment was pure joy for both our team and the runners themselves. Seeing the ease with which they glided along the track at different speeds was a very difficult feeling to explain, both for us and for them. So much so that at on finishing we were told that they had no doubt; they wanted to compete using them in the 10K of Calatayud that was to be held the next day.

Obviously but very reluctantly, we had to tell them no, reminding them that despite having already a very correct career technique, they would need, like any runner, a short adaptation process, referred to as the FBR Method, to avoid any type of muscle overload. We agreed with them that we would give the running shoes to them after the race to make sure they did not take them into the competition. However, some of them tried to secret the shoes into their sports bag, obsessed with competing with them in the 10k. There was much laughter, but we had to ask for them back, insisting that it was best to have a little patience.

In the afternoon we were in the area for the distribution of ​​race numbers, where we set up a stand that many runners approached to find information on the FBR. The vast majority wanted to try them with a short jog and some gradual acceleration. As usual, 99% of the runners were fascinated. The next morning, thanks to the help of our friend Víctor Navarro, we also had the opportunity to be at a stand next to the start line. And the results were even better.

After the race, once the trophies had been presented, we kept our promise to Titus, Brian, David and Philemon, who were, of course, the first to test the shoes, and we gave them the shoes they so desired. They and we were overjoyed. We were so excited, we all embraced and we took several photos to remind us of an event that, who knows, may be the beginning of a project which will lower the time to complete a marathon to under 2 hours. Dreaming is free!

PS: Many thanks to Víctor Navarro, Pilar Díez, Jorge Mir, Noemí and Jose María Mir for their great hospitality and for the facilities with which they provided us at all times. A group of people of great human quality who are already part of the FBR family. 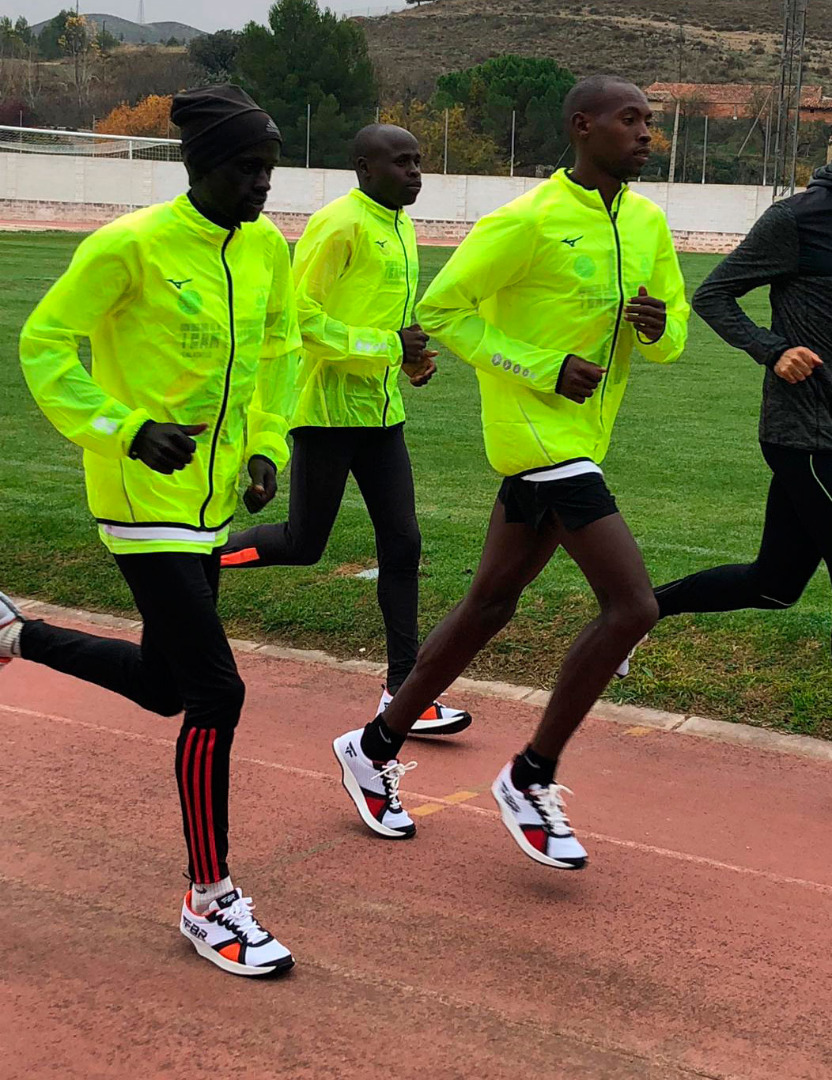 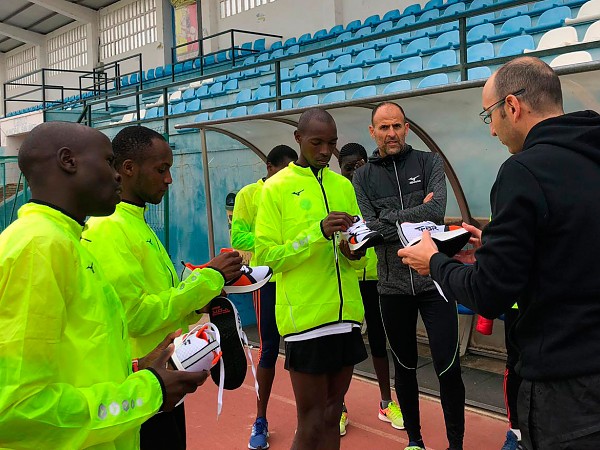 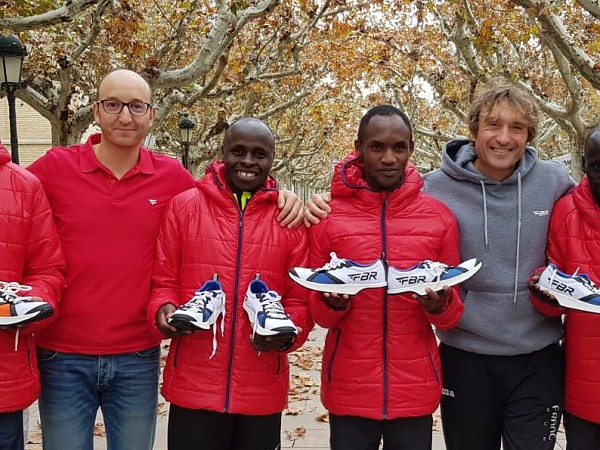